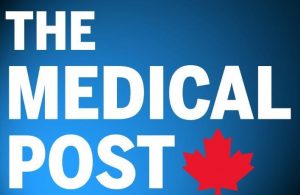 Nanaimo, B.C. – Nine Nanaimo senior internists and intensivists who, for safety and ethical reasons, have been refusing to use an electronic order entry system their hospital has been piloting since March 2016 are now facing potential loss of hospital privileges. A May 11 memo from Island Health informed them that the paper orders they have resorted to since April 27 will no longer be processed. Their remaining options right now: to use the computerized provider order entry system (CPOE) they mistrust or find someone (prepared to use it) who will take on their call duties.

For now, they’ve bought time with the latter, but that is unsustainable. Several of the concerned doctors are on the call rota for next week. And when that moment comes, as things stand right now, they will have to choose between the ethical stand they have taken — to refuse an electronic order entry system they believe skews their orders, generates frequent errors and conflicts with their responsibility as doctors to do no harm — and a grudging compliance to protect their careers. Also at stake: a deep concern for their patients. The doctors are currently being represented before Island Health by the Canadian Medical Protective Association (CMPA), with respect to the privileging issues surrounding paper orders, and they also have taken their own legal counsel.

In an interview with the Medical Post, Dr. Ben Williams, medical director at the Oceanside Health Centre — a facility that is part of the IHealth pilot program — reiterated the Island Health message: “There is no way for a doctor on call to enter a paper order.” What will happen then when one of the nine doctors reports for call? Dr. Williams did not offer any suggestions and that is consistent with Island Health’s current position that the onus is on the doctors to make arrangements for suitable cover.

Doctors in the emergency room and in the ICU — who also have issues with CPOE — are still being allowed paper-based options within IHealth because they work within a more closed environment. But the system that was tried in internal medicine for a while, providing doctors or nurses to transcribe the on-call internists’ paper orders into the CPOE, was not considered a safer alternative by anyone, CMPA included.

Dr. Alan Ruddiman, president of Doctors of BC, is concerned that — after 14 months with no resolution to the doctors’ safety concerns — the situation at Island Health has become “unconscionable.”

“We’re extremely concerned by the actions of Island Health.” he said in an interview. “These doctors should not be facing the consequences of choosing to adhere to their ethical principles and standing up for their patients. . . . The internists at Nanaimo General Regional Hospital did not make the decision to move back to paper either easily, readily or quickly. They have been raising their concerns with their colleagues at Island Health for over a year. So this is an ethical dilemma for these doctors and they simply refuse to be complicit in harming or hurting their patients.”

The issue of consequences is real. “Island Health has no plans to suspend doctors,” Dr. Williams told the Medical Post. However, physicians are very aware that one of their well-respected internal medicine colleagues, Dr. Paul Mitenko, had his privileges suspended for 24 hours last week for writing paper orders in contravention of hospital policy. That suspension was just upheld and put on record by Island Health’s Health Authority Medical Advisory Committee (HAMAC).

Written by Ann Graham Walker on May 17, 2017 for The Medical Post