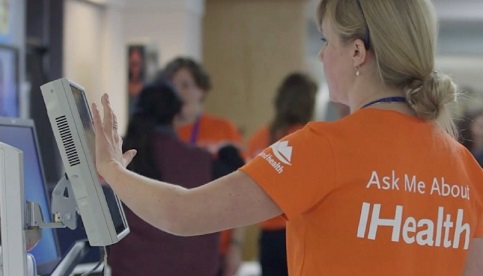 Some doctors and nurses in Nanaimo say patients are at risk because Island Health has reversed its decision to shelve an electronic system that they say can cause drug dosage errors and take time away from patient care.

Island Health’s board and executive agreed on Feb. 17 to suspend the “computerized provider order-entry” tool until improvements were made.

The tool is used to order medications and tests such as X-rays and blood work. It is part of the new IHealth system, which seeks to have one electronic record and plan of care for each patient.

But the health authority said it has found the order-entry tool is too entrenched in other parts of the electronic health records to shelve.

Instead, Island Health is adding support and making improvements while the tool continues to be used. The changes include more training for staff and the ability to file in-the-moment reports that will go to a new “quality assurance command centre,” to fix problems as they occur.

Williams said electronic order-entry is making patients safer. For example, he said doctors have received automated allergy alerts 6,000 times since the system was implemented. More than 1,500 times, a doctor has changed a clinical decision as a result.

The order-entry tool has reduced patients’ average wait times for antibiotics by 55 minutes and X-rays by almost two hours, he said.

But many front-line workers have a different view.

Fifty-four per cent of respondents in a B.C. Nurses’ Union survey said they believe the IHealth system puts patient safety at risk, compared with 28 per cent who disagreed with the statement.

Fifty-two per cent said they had personally been involved in the care of a patient who they believe has had a near-miss or adverse event because of IHealth.

Almost one-third said they seriously considered leaving their workplace or retiring because of IHealth.

The survey was sent to union members at sites where IHealth had been implemented, including Nanaimo Regional General Hospital, Dufferin Place and Oceanside.

There were 396 responses, which is a response rate of almost 50 per cent.

The problem is seen to be so serious that some medical staff are considering going against the Island Health directive and reverting to paper record-keeping, said Dr. David Forrest, president of the Nanaimo Medical Staff Association.

“It’s very concerning to us, from an ethical standpoint that Island Health would continue to insist on using the system … when in fact there are significant concerns from front-line users,” Forrest said.

The association is in favour of electronic health records and recognizes paper records pose their own safety problems, including legibility of writing. But the electronic system needs to be fixed before staff use it, he said.

In one case, a patient required an insulin infusion, which requires more precision in dosage than many procedures. Forrest said the staff member adjusted the sliding dosage scale with help from IHealth personnel.

“They all put it in correctly,” he said. “But the next morning, the patient had a dangerously low blood sugar. And the order that showed on the screen was different than what they had put in.”

The incident was flagged, so the problem could be fixed. But Forrest said the same physician saw the same type of patient 10 months later and the same error happened.

IHealth was rolled out in Nanaimo in March 2016. Nine weeks later, doctors in the intensive care and emergency departments voiced concerns about patient safety and reverted to pen and paper orders.

In July, Health Minister Terry Lake ordered a review of IHealth by Dr. Doug Cochrane, the province’s patient safety and quality officer. He found potential for errors and said Island Health should have spent more time tailoring the software to the needs of front-line workers before introducing it.

Cochrane said the system needs to be modified and cannot be rolled out to hospitals in Greater Victoria and the rest of the Island before it’s fully functional.

— With files from Cindy E. Harnett