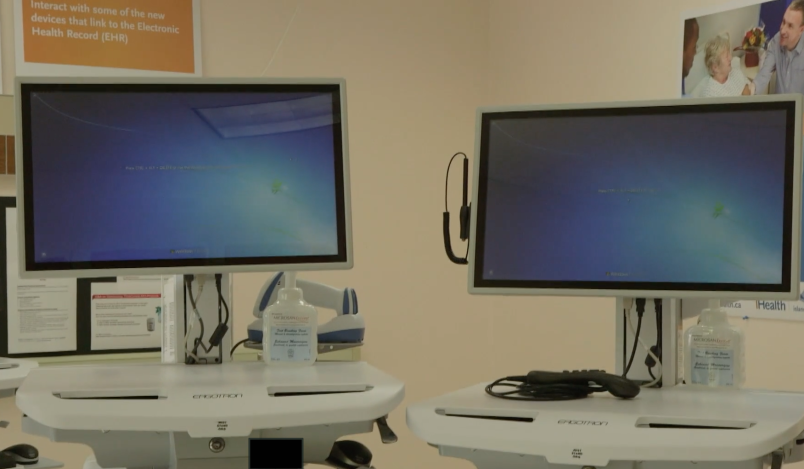 A Nanaimo doctor suspended for defying an Island Health order to use a new software, says he was acting to protect his patients’ safety.

Dr. Paul Mitenko is one of seven internal medicine specialists at Nanaimo Regional General Hospital who went back to using pen and paper to order medication and tests such as X-rays and blood work, on Thursday morning.

By late morning, Mitenko said he got a phone call telling him he was suspended for 24 hours.

“It’s not a moment of shame for me. It’s a moment of pride,” he said. “We thought it was something that had to be done by conscience.”

The internal medicine department joins the hospital’s intensive care unit and emergency department in abandoning the software, which is part of IHealth. IHealth is Island Health’s $174-million program to connect all acute-care and diagnostic services through one electronic patient medical record, originally set to expand to Victoria by the end of 2017.

Mitenko said orders made using the software have been deleted, modified, transferred or delayed. The software has also been criticized by staff for being too cumbersome and taking time away from patient care.

One of Mitenko’s own patients, who had a bowel disease, was taken off heavy intravenous drugs and, accidentally, given nothing to replace them.

“Not until he sees a surgeon that night and says: ‘Aren’t I supposed to be getting some oral cortisone for my bowel?’ The surgeon said: ‘Yeah, you sure are. I ordered it last night. And that damn computer system missed it.’ It wasn’t until the next day that the patient got the medications he needed,” Mitenko said.

Errors have also occurred with sensitive dosages such as insulin, blood clotters and anti-coagulants, he said.

The doctors aren’t against electronic health records, but say the software should be safer. They don’t believe it’s safe enough, after one year of working with Island Health to find solutions, Mitenko said.

“This is the worst situation I’ve ever seen in a hospital in the 30 years I’ve been here,” Mitenko said.

Dr. Ben Williams, who has helped lead the introduction of IHealth, said he could not comment on personnel matters.

The paper orders submitted are being entered into the IHealth system by other physicians, he said.

However, the hospital does not have the capacity to accommodate if too many more doctors revert to paper orders.

In July, Health Minister Terry Lake ordered a review of the system by Dr. Doug Cochrane, the province’s patient safety and quality officer.

Cochrane found potential for errors and said Island Health should have spent more time tailoring software to the needs of front-line workers, before introducing it. He said the system needs to be modified and cannot be rolled out at facilities in Greater Victoria or the rest of the Island until that happens.

On Feb. 17, Island Health’s board and administration agreed to suspend the order-entry component of IHealth, at the urging of the Nanaimo Medical Staff Association. Seventy-five per cent of association members in a vote said they wanted the system suspended until it was improved.

Island Health reversed that decision last month after it found the software is too entrenched in other electronic health records. Instead, it committed to adding extra support for staff while improvements are made.